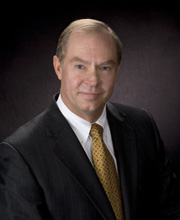 J. DOUGLAS CLARK is a sole practitioner in Reno, Nevada, where he practices exclusively in Trusts and Estates. He is the founding president of the Probate Bar Association of Washoe County and is the past president of the Estate Planning Council of Northern Nevada. He is the past Chairman of the State Bar of Nevada Probate and Trust Section, and serves on its Legislative Committee.

Mr. Clark has maintained the coveted AV rating for practicing attorneys for over 18 years, is listed in the Bar Register of Preeminent Attorneys, and has over 36 years of experience in Trusts and Estates, in addition to his experience as a trust officer for a national bank prior to attending law school.

Mr. Clark received his B.A. degree from Stanford University in 1974 and graduated from the McGeorge School of Law in 1979. He was a law clerk for District Judge Hon. William N. Forman, and was an Adjunct Professor of Business Law, at the University of Nevada in Reno for several years. In addition to his private law practice, Mr. Clark serves as a Nevada Supreme Court Settlement Judge regarding trust and estate cases.

Other awards earned by Mr. Clark include:

We will respond to your inquiry in a timely fashion. Thank you.